The first thing to point out about the images is that they are illustrating the RELATIVE bias of the foot positions, not an absolute percentage or ratio.  AKA “more” vs “less” of a muscle being biased relative to the others.

The rhomboids will never be the prime mover as they don’t extend the shoulder, but they can be the limiting factor for retraction and completing a rep as the demand on them increases with varying arm path. 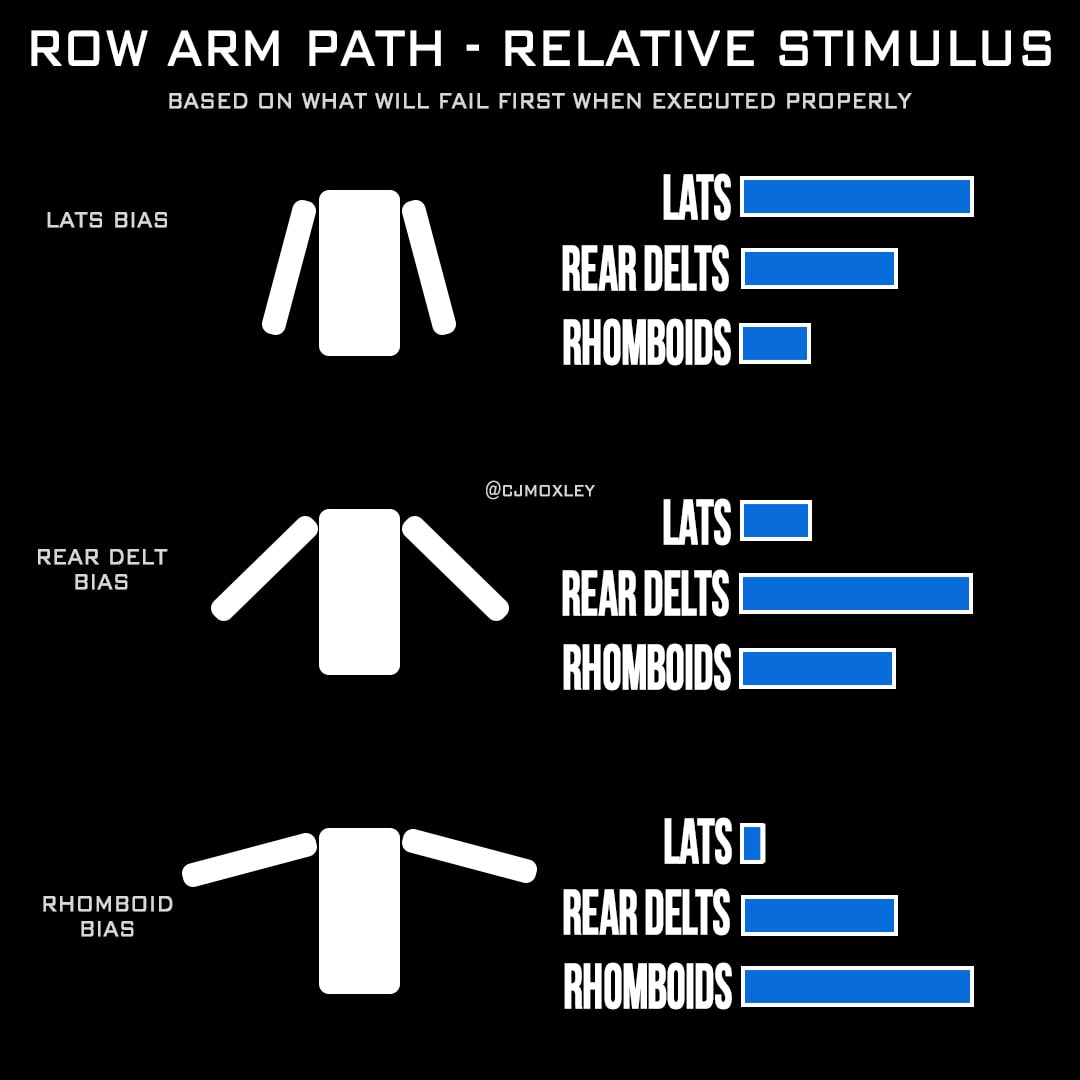 Grip width can differ between these a bit. If you have a fixed bar or fixed grip width, you will need to pick (if possible) the one that is going to either allow you the most ROM to get to the most shortened position or bias the lengthened range a little more.

✅ Ideally your grip would diverge slightly from the lengthened position towards the shortened position of the rep. So this is where certain machines or having free moving handles is an advantage.

✅ If choosing to use a row to bias the shortened range, pick a handle width that is close to the same distance as your elbows when in the short position.

The exact arm angle in these three variations can vary slightly from person to person depending on structure and how much tissue you have on your arms and torso (muscle or not).

In the side view the distance that your elbows will travel behind you also varies. It will be the MOST in the rear delt biased version and least in the lat biased version. 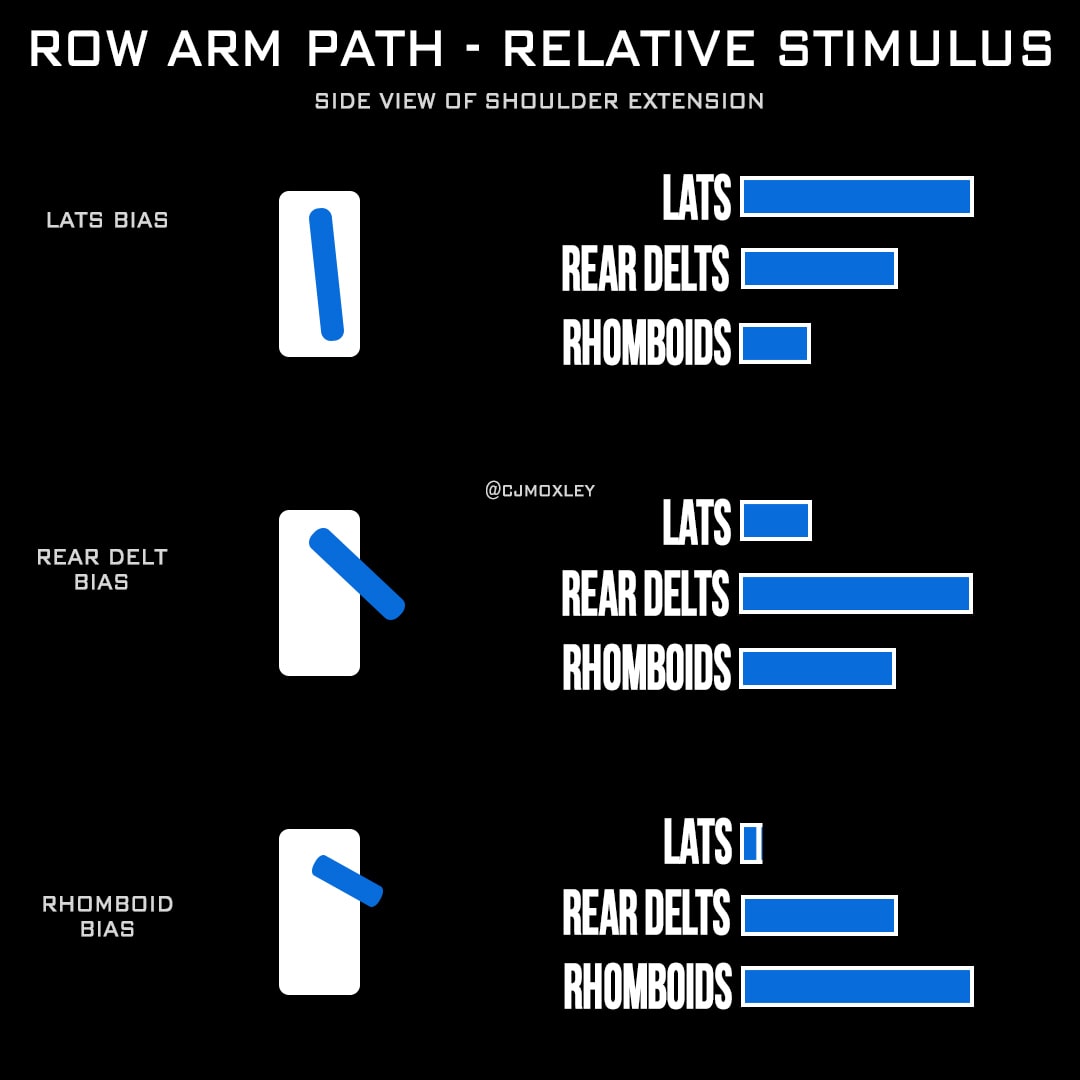 The blue humerus representation looks shorter in the rhomboid and rear delt ones because I can’t draw 3D yet and it would be coming towards you, therefore not looking as “long” from a side view.

Similar principles are also going to apply to your pulldown variations, which is why we have multiple variations of both rows and pulldowns in the Exercise Library

Retraction: Do not try to initiate the movement with scapular retraction (pulling your shoulder blades back). Focus on what your humerus is doing and your scapulae will move how they need to. You shouldn’t ever have to consciously try to manipulate your scapula in isolation.

Going for Max ROM instead of Contraction: This is usually seen in the lat rows where people focus too much on driving their elbows “back” and go past the point where the lat is shortest and end up turning the last ½ of the rep into a rear delt row.  Maximum shoulder extension is not the goal of a lat biased row so make sure to watch the walkthrough videos for the execution on these. 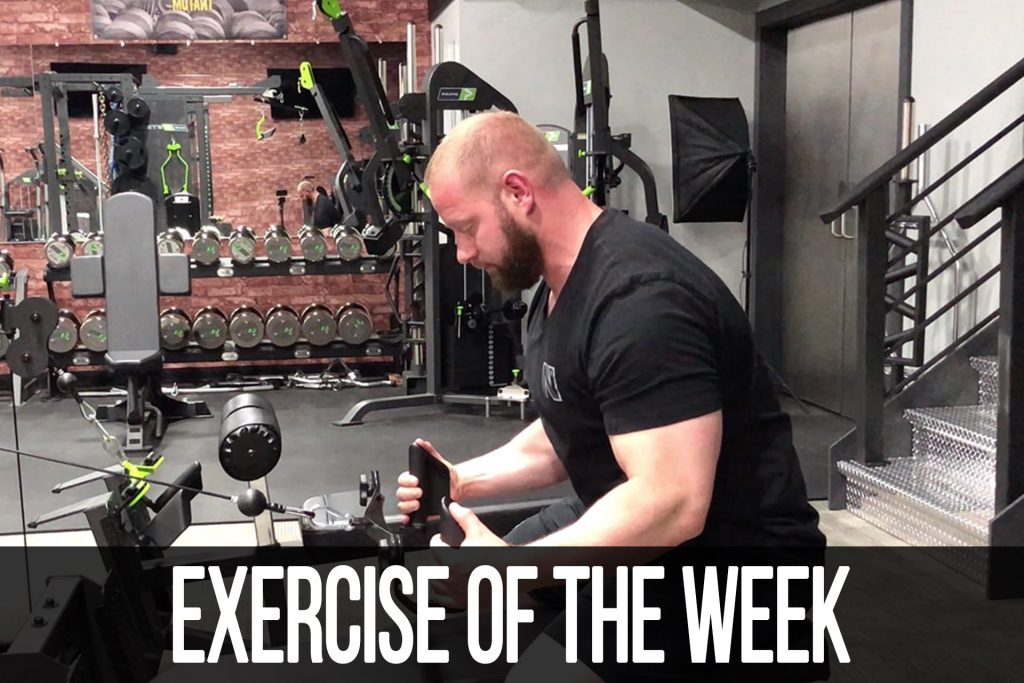 Video Execution and TechniqueExercise of the WeekProgram DesignTraining
Read More 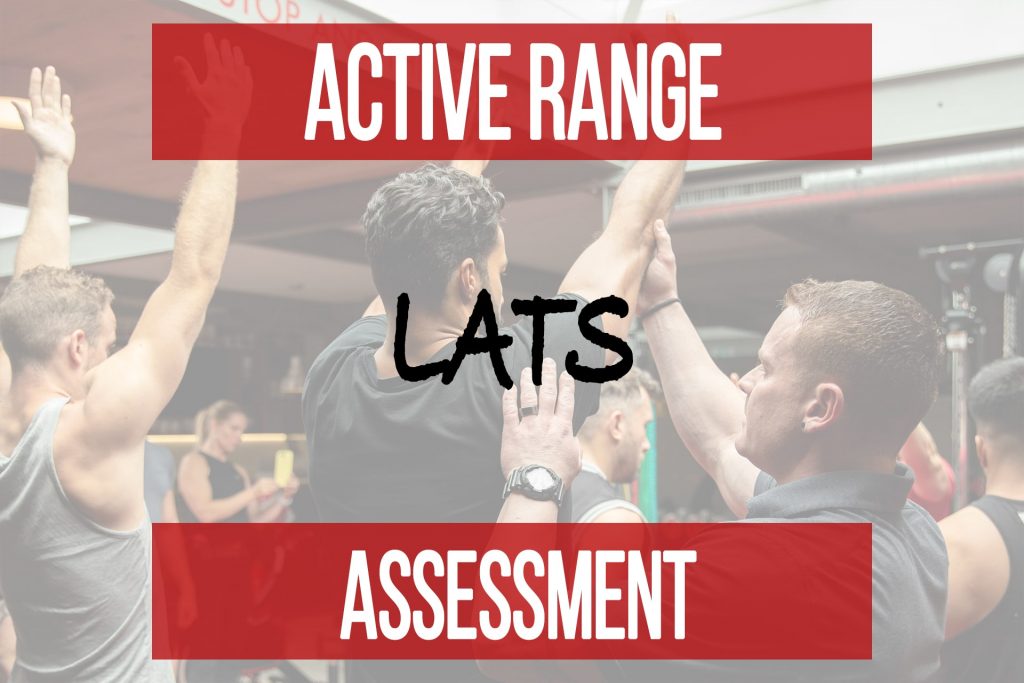 Video Exercise of the WeekProgram DesignTraining
Read More
Back to Blog