The first thing to point out about the images is that they are illustrating the RELATIVE bias of the foot positions, not an absolute percentage or ratio.  AKA “more” vs “less” of a muscle being biased relative to the others.

A narrower (approx. hip-width) stance is more appropriate for biasing the glutes in lower body pressing movements (IE. leg press, squat) and a wider stance will favor the adductor magnus more. Just not so wide that it becomes a “sumo” stance. Don’t do that.

With the leg press, the height of foot placement will also change the amount of knee flexion we can potentially achieve, thus influencing how much work or stimulus we can get for the quads.

Between height and width, we have 4 main options that will vary slightly in which tissue(s) are working the most. We could also add in the “sissy” version of the lower foot placement versions where your heels will come off the plate. This will bias the quads even further and can turn it into more of a “quad dominant” movement. 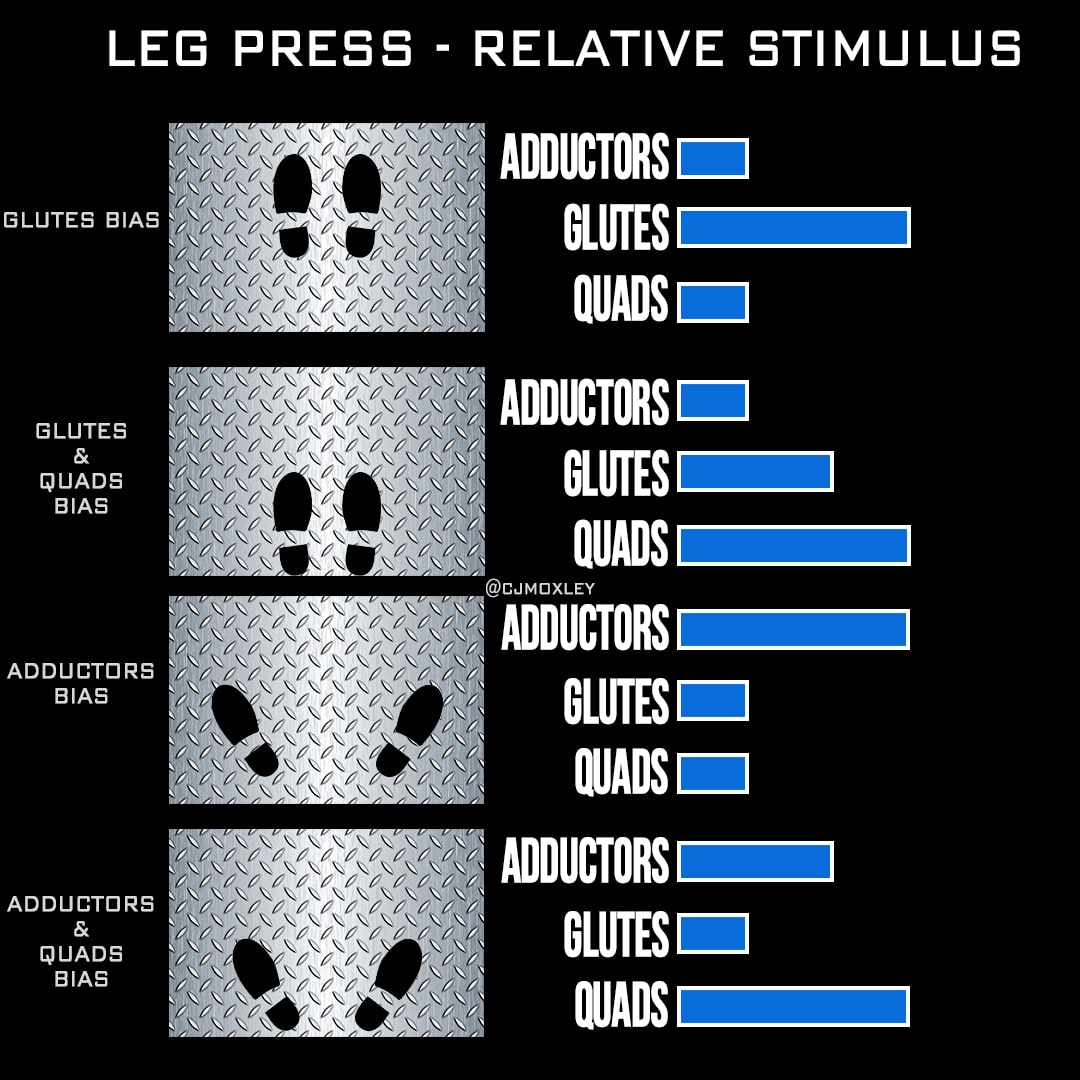 Glute Bias: Putting the feet TOO high on the platform is a common mistake for the mostly glute biased setup. To assess the appropriate height, the tibia (lower leg) should be <90˚ relative to the footplate when at the bottom of the rep, meaning you should be in a bit of dorsiflexion.

Watch the walkthrough video below for the proper setup and execution of the glute biased leg press.

Adductor Bias: Along with the width of the foot placement, there must also be an appropriate degree of external rotation of the foot. A simple guide to avoid overly or insufficiently rotating is to think about lining up your foot so that the heel points to your glute on that side.

If your feet are too wide altogether, you may notice that your knees want to “cave” inward as you go into hip flexion.

If you choose to use the mostly adductor-biased foot placement (slightly higher), it is important to note that the feet don’t just move directly upward on the plate relative to the adductor+quad setup. They will also be slightly wider. We want to move the foot in line with the plane of knee extension.